TRESE: NIGHT OF THE CREEPS 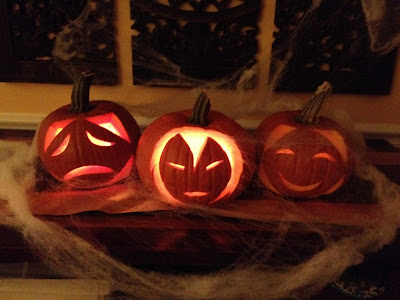 The first patient arrived at the Alabang hospital at 8:13pm. The boy, 9 years old, was complaining of a severe stomach ache. While the nurse was trying to get details from the boy’s parents, he coughed out a beetle.

The shiny, black bug glistened against the white sheets of the hospital bed.

As the boy began to scream in fright with what had just happened, his scream was put to a stop by the sudden urge to vomit. And out came a stream of spiders, beetles, and locusts.

By 11:03pm, the ER was filled with children who were all vomiting a variety of insects.

Trese strode into the quarantined area, her boots crunched with each step on the crawling carpet of the unexplained.

She quickly cast a spell that made the children stop vomittng. That’s when the insects started to attack her.

She ran out of the hospital and this buzzing cloud of anger followed her.

The Kambal’s bullets were useless against the mishmashed hive.

After being bitten what felt like a  thousand times, Trese was finally able to summon an emissary of the Wind Tribe, who trapped the insects in a tornado. Trese then dialled the exact date of the Great Binondo Fire and threw her cellphone into the whirlwind, which burst into the flames when the Santelmo emerged from it.

It was during the investigation of the incident that Trese was able to track down a mambabarang as the source of the curse. The mambabarang’s daughter was a maid in that posh village in Alabang. The daughter died of mysterious circumstances.

During a game of hide-and-seek with the children in the village, she was made to hide in a bodega by one of the children. Turns out the bodega was due for fumigation and was filled with pesticide fumes. It was deemed an accident by the authorities.

Since none of the children would admit on who made her daughter hide in the bodega, she decided that all the children in the village must suffer.

The mambabarang found a way to slip insect eggs in the “Trick or Treat” bags of the children and disguised them as delicious chocolates and candies.

The mambabarang was never caught.

Which is why, on this particular all Hallow’s eve, Trese has returned to the village in Alabang. She has brought along with her the Kambal, as well as Bantay and his Askaleros, and they are patrolling the streets, looking for any sign or scent of a deadly spell being cast.

As the sun was preparing to set and the moon was taking its place in the grey skyline, Hank found himself in a rush to finish the prepartions for the big party tonight.

While putting away the deliveries in the storage room, he made sure everything was accounted for. The duwende beer, the enkanto wine, the higante lambanog. That was when he noticed the additional box in the room.

He mentally double-checked his order form and he was sure that the box did not belong in the list.

It contained jack-o-lantern boxes and each one was filled with jack-o-latern chocolate treats. The treats smiled at him and he smiled back. The scent of the sweet chocolate made him take a closer look at the selection before him.

He picked up one and was about to pop it in his mouth when the ghost of Dr. Robert Dredson Sunico III rushed through the cellar door.

Robert or RDS, as he was called by his good friends, Dr. Dred by his secret friends, was a sommelier who died in the 1950s. He loved his wine collection so much, that he never ever wanted to be away from it.

When Anton Trese bought his collection from an auction, RDS followed his precious bottles. Realizing he could not exorcise this particular ghost, Trese promised to never open the bottles without RDS’s permission, and for as long as the ghost provided his expert advise on which bottles to buy. Thanks to his etherial presence, he actually keeps the wine cellar at the proper temperature of 13 degrees centigrade.

RDS tried to slap the smiling, chocolate treat out of Hank’s hand, but his ectoplasmic form just went through it.

The sudden chill in the air and the frozen feeling that wrapped around Hank’s hand was enough make him snap out of the lure of the treats.

It was then he realized that the chocolates didn’t smell sweet at all. In fact, they had a very, familiar pungent smell.

He ran upstairs, determined to throw it out with the rest of the trash.

He was already at the kitchen when the box began to shake. The old, familiar pungent smell become stronger as the chocolate treats burst open. Hank found himself holding a box full of cockroaches.

The first swarm flew straight to his face, making him drop the box.

Out came another swarm, skittering on the kitchen floor, flowing out and into the club.

Hank covered his face, rammed his way through the kitchen doors and leapt over the bar. Even with his eyes closed, he knew where to get his hidden shotgun.

The oncoming black swarm dissipated. The smell of burning roaches filled the air.

Hank stumbled and realized the floor was moving.

It wasn’t the floor.

He standing on a carpet of cockroaches.

He opened fire at his feet.

He grabbed a bottle of lambanog, stuffed a rag on the mouth of the bottle and quickly lit it with a lighter.

In the corner of his eye, he saw the black cloud coalesce and it suddenly flew towards him like a giant, buzzing cannonball.

Hank unleashed several shots and threw the molotov on the floor.

He was now standing on the bar, an island in the middle of a sea of roaches.

Hank just kept firing everywhere, but not even the holy bullets of the TrinityGun could dispell the curse.

As he continued to defend his bar, his mind raced for the right kind of drink to serve.

Hank always believed, even on the on the worst day of your life, there’s always a drink that can turn things around.

Hank reached under the bar and hoped he still had enough ingredients.

A glass of enkanto honeywine, with a shot of tequila made by the Mexican god of telenovelas, sprinkled with holy salt.

This was a variation of the drink he usually gave to brokenhearted who got left behind at the bar, while the love of their life went home with somone else. The drink allowed you to send a nightmare to the one who broke your heart and make them wake up with a terrible hang-over.

He called this drink, the MF TRAYDOR.

By the time he finished his concoction, his arms and neck were covered with roaches.

He could see the black cloud reforming and preparing for another attack.

Instead of avoiding it, he stood his ground, extended his right hand and grabbed a handful of roaches from the oncoming stream of angry insects.

He crushed whatever was in his fist and slammed the crumbled remains in the glass with the MF TRAYDOR. He pulled out his lighter, lit the rim of the glass and a green flame erupted from it.

Soon enough, all the cockroaches started to ignite and burn in the green fire.

Hank was finally able to sit down. He took a swig from the bottle of tequila as The Diabolical quickly became a graveyard of roasted roaches.

By the time Trese, Bantay and the Kambal returned, the Halloween party at The Diabolical was in full swing.

Hank called up the usual clean-up crew and they restored the place just in time before the first guest arrived.

In between sips of espresso, Trese told Hank about how they were able to track down the mambabarang, who was disguised as one of the costumed Halloween guests in the Alabang party.

When the insect-mancer tried to fly away, she suddenly burst into a flames and exploded in a ball of green fire.

Hank chuckled. “And you thought you had a bad day? Let me tell you about my Halloween treat.”